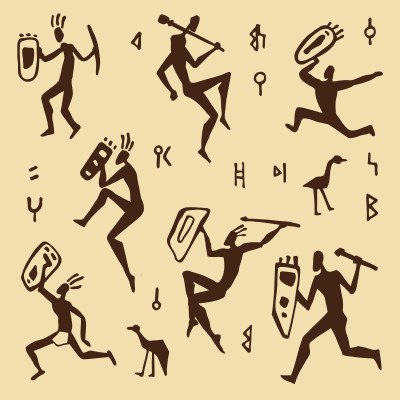 In fact, the first "listicle" ever recorded was found on a cave painting dating back to 4200 B.C. Loosely translated, it reads "6 ways a spear can save you from wild boar." Aside from how completely astounding this is, realize that even in caveman times we recognized the importance of contributing helpful, insightful content to fellow humans. Fast-forward to 1895, when John Deere launches its customer magazine, The Furrow, and modern content marketing is born.

One of the greatest curiosities of content marketing is that, despite how long it's been around, we have been categorically bad at curating and rerepurposing it until something called the Internet came along. 20 years after Windows 95 the majority of companies still aren't quite sure how to reuse their content. (For whatever reason, the appeal of spending more on new content is quite strong.)

This simply shouldn' be the way of things. We are going to need more content (and more listicles) with each passing year, and increased marketing spend shouldn't be the only option. We have an ever-increasing stockpile of content at our fingertips that we already paid for...so why aren't we reusing it better?

Here's how we can.

Long form content is the best type of content for repurposing. Each article, guide, and white paper is a treasure trove of information your customers should see. But chances are they didn't the first time. So break it up. Split it into smaller, digestible pieces.

For example, let's say our caveman friend wanted to get the word out to more hunters about how spears could save them from wild boars. Instead of leaving it all up to a chance encounter in his cave, he could make other cave drawings that expand on specific parts of the original message. A drawing that explains the various uses of spears, in general, would be much appreciated. And another drawing that illustrates the dangers of hunting boar wouldn't hurt, either.

Granted, our caveman friend doesn't have much choice when it comes to his medium of expression. Cave paintings are just about all he's got going for him. Fortunately, we're not cavemen.

Let's say I wanted to reuse my blog post on 10 Eloqua rookie mistakes in 2016. The easiest way for me to do that would be by making an infographic. But I could also expand the original post into an ebook and include expert quotes from fellow Eloqua users. Or I could just tweet each mistake separately. The choice is mine.

3. Recombine parts into a new whole

This type of content recycling is a bit harder to explain, but I'll do my best with my caveman example.

Two more great candidates for recombination would be Parts 1 and 2 of my "Just the Stats" series. At the time I wrote them, I decided to do two posts instead of one long post to spread out my tweets for that week, and because I didn't have a lot of time on my hands. But to make that information more evergreen I could have written a short whitepaper on the subject (that may very well have gotten more attention).

It just so happens that in 2015, the most shared type of content is still the listicle. I wrote a post about this, and I'll write another post for 2016 if listicles are dethroned. By 2020, I'll have 5 years' worth of "most shared type of content" posts. Writing a roundup post or infographic titled "The Most Shared Types of Content: 2015-2020", while not necessary, would certainly be in my best interest because 1) I already have all that information, and 2) my readers will most likely click on it because it's interesting.

Of course, you don't always have to reuse the content of a post. As I just mentioned, updating my "most shared type of content" post each year is an easy win. It's an interesting topic, and it's not too hard to research on a yearly basis. The costs of updating aren't nearly as high as the cost of brainstorming, researching, and writing a new post that my readers might not find as interesting, either. So "most shared type of content" should be a part of my annual content calendar.

How do you curate and reuse your content? If you have any tips or suggestions, please leave a comment and help out your fellow humans.