Without a formal lead funnel model in place, marketing might think they are serving quality leads to sales, yet sales thinks the leads generally stink.

Recent B2B trends in lead management have sparked an updated funnel model from our friends at SirusDecisions. Watch as we dissect the new model and evaluate how and why a formal lead funnel model can (1) bring your sales and marketing teams even closer together and (2) help you begin predicting future pipeline revenue.

Let’s Connect on The Front Porch

The idea that most of your prospects aren’t ready to buy, and that you can increase your sales conversion yield with that list by staying in touch with value over time, sounds good.  But unless you’ve seen or experienced the effect of that theory, it’s often to 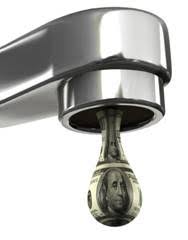 o easy to just push to close as many prospects, right now, as possible.

But if you can effectively separate out the qualified and ready-to-buy prospects to close now, while simultaneously building value and preference with the much-larger list of everyone else, you’ll close considerable business over time with minimal incremental work.

Here are three very quick anecdotes that prove it works.

1. “These leads are dead” becomes a 2X sales result six months later
We started working with a company a few years ago, and to start they handed us a database of 60,000 leads “of dubious origin” (their words). The sales team hated this list, was tired of calling it, and said these leads were either unqualified or just pain dead.

Without a lot of fanfare or marketing automation tools, we started creating and delivering value-added content to this list – newsletters, webinars, white paper offers, lots of content that focused on addressing and answering questions the audience had, well beyond what we were selling.

Long story short, six months later, 45 percent of the company’s sales had come from that “dead” list.  The list continued to deliver sales in subsequent months as well.

2. Right time, right place becomes biggest deal of the year
That same program and list generated the largest single deal of the year for the company.  A prospect on the 60,000 “dead” lead list received an invitation to an upcoming webinar.  He didn’t attend the webinar, nor did he register.  He simply replied to the email invitation, telling the sales rep that he just got out of a meeting and “finally” got the green light to move forward with the project he’d been pitching for more than a year.

The prospect was qualified, educated and wasn’t shopping around. That deal, the biggest of the year for the sales organization, closed in less than half the typical sales cycle length.

3.  Easiest deal I’ve ever closed took more than two years of hard work
Less than two weeks ago, I got a call from the CEO of a fast-growing technology company on the East Coast.  We had met at a conference two years ago.  At the time, I did what I usually do with people I meet at events – followed up immediately after, invited her to join my newsletter list, put her into my nurture marketing systems, and pretty much moved on.

Ten days ago, she called.  Her business is exploding, and she wanted help organizing and accelerating her marketing efforts.  Less than a week later, she was a recurring-revenue client for our business.

On one hand, that’s one of the fastest deals we’ve closed and the least amount of work I’ve put into a pitch.  On the other hand, I worked that deal hard for two years. The CEO had been reading my newsletter, following my blog, and knew I could help her with exactly what she needed done.

Three stories aren’t definitive.  But I could go on.  Would love to hear more, similar stories from your experiences.

I have been participating in the Metrics That Matter sessions on the recent Road to Revenue Tour events. A common theme that has emerged from those discussions are the challenges around enforcing sales process to drive a higher level of data integrity. I thought anyone embarking on closed-loop reporting (whether you are doing the reporting in Eloqua, CRM, or other) would appreciate this great article from Sirius Decisions on the value of connecting Contacts to Opportunities.