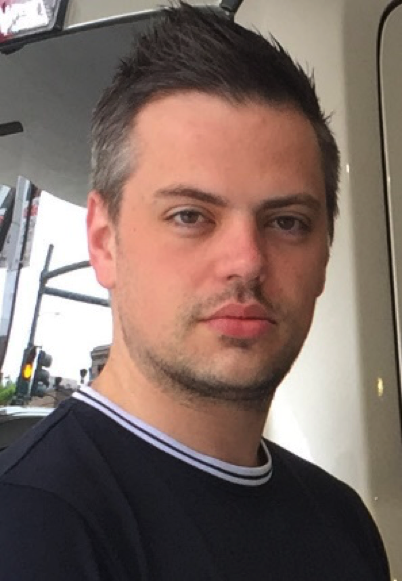 Well, as you know, my name's Ian Sanderson. My job is to evaluate technology. See if it's any good, if it's a fit for our business. If it is, we will sell it on. I guess on the side I could call myself a bit of a tech influencer if you wanted to call it that. Blogger, active social media user, that's me.

Well, you see, that's a tricky one. I don't have one particular thing that I'm madly into at the moment, but I guess the home automation stuff is something I quite like, just what you can do and the possibilities. But there's a lot to it, and it helps the inner lazy person to become more lazy.

It's a funny time in technology. We're kind of at the point we were at about 10 years ago with the move from traditional physical infrastructure to a virtual infrastructure. I think we're at that point now where we're moving up the stack again from on-premises virtual infrastructures into cloud infrastructure. It's becoming more application centric. The challenges really are becoming familiar with tools and processes and things to help our customers move their workloads to a more suitable place.  Also identifying things that actually don't need to move, because actually a lot of the times they don't. Yeah, I would say that's the current technology challenges I'm facing. I suppose it would be helpful to say that I work mainly in the virtualization space, which is why I'm saying that.

Well, that kind of links up from what I just said, as a die-hard virtual machine person. I like the look of containers. I have not played with them, but again that ties in that I don't have a requirement to figure out a container just now, so I haven't really put the time in there.

It really depends on the situation, but I'm going to say DNS.

Well, you see, I was thinking about this one, and I had nothing interesting other than brush my teeth. Just try and look presentable. It's just the stuff anyone would do every day. I do troll through all the various social media channels, see what's new. But then that always leads off into some tangent and explore something new. Then two hours later, you realize you're supposed to be doing some actual work.

I would say just to treat other people how you would like to be treated yourself. I'm sure that was one of my parents that gave me that piece of advice. That has kept me in good stead for the most part, unless I'm acting like an a-hole then.

Well, anyone who knows me knows I'm a real tight arse or tight ass when it comes to spending money on anything like a home lab, for example. A cloud lab, which is what I mainly use Ravello for, makes trialing things out and being able to document that in blog posts, webcasts or whatever, a lot easier. That's my use case for Ravello. It's personal. It helps me out. It helps me learn new things.

Probably about six to eight months real hands-on with Ravello, but because the platform's simple to use, I would like to think I'm, well, I wouldn't say an expert, but I know how it works, I know how to operate it and I know what it can do and what its limitations are. Yeah. It's just an easy platform to pick up. I’ve learned about Ravello through the vExpert program, which I guess a lot of people found out about Ravello through. They offer the free vExpert account very kindly, which gives 1,000 free CPU hours per month. You can do with that whatever you want. You could probably run a blog there if you wanted to, or you can create a home lab like I do.

Probably about eight years. Then before that, I was a die-hard Hyper-V fanboy until I actually used VMware. I haven't used Hyper-V since.