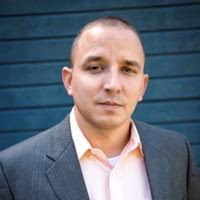 I'm a father of four. That's probably my pride and joy is my kids. I enjoy playing Xbox, technology and working in my yard. That's pretty much me. Oh, I also really enjoy riding my motorcycle. Anything to do with bikes and my boys and playing with my girls and just hanging out is pretty much what I like to do. From a technology standpoint, I'm just interested in too much to get into. I'm just curious on all aspects of technology.

What to look at, really. For me, it's about what can I play with and learn. That's my biggest challenge is there's so much out there. Where do I focus my next thing to try, and learn?

I'm actually in the mixed forum. One of the things that I'm getting ready to start playing with in the next couple weeks is containers and Kubernetes and stuff, but I still like the VM aspects of it. I'm kind of a mixed hybrid person. I think they both have their use cases, where one is better than the other. I just haven't played around enough with containers to say, “this is the definitive strengths that I personally like them for.” Not necessarily what someone else may like them for.

The network. It's always the network

Tell my kids I love them. That's my biggest thing of everything. From a technology standpoint, I tend to make sure I read a blog a day. The number one thing, I always tell my kids is that I love them. I have special ways to tell each of them that. It's not always just an “I love you”

One important lesson that I got growing up would be ... Well, definitely from my Papa. Let's see. I don't know if it was a lesson. It's probably just a hard work ethic and to just treat people by their actions and not based off of their color or sex. If they're treating you good, you treat them good and so forth. Also, he kept telling me for years to get into computers. I fought him for years and then I just randomly got into computers. I was like, “okay, Papa, you were right.” I have so many lessons from that man.

I've actually been thinking about that before, because I promote it to a lot of people. For me, it's about flexibility. I don't have to worry about buying a whole bunch of equipment to have running. I don't have to worry about powering on equipment. You don't have systems running constantly and so forth. For me, it's more about the flexibility that it allows me to have, that has really been valuable. It's actually why I like to test so many different things. As something comes up, I don't have to worry about, I don’t have to wonder, “do I have the right hardware? Do I need to buy more hardware?” If I use more than the community hours that are given to me, I can easily budget for that. Whereas if you need to start buying servers and storage and stuff just for testing purposes ... You don't need to run something 24 hours a day. Why do I want to make a large commitment on new hardware when I don't have to by using Ravello? That's what I love about them.

I've been using Ravello on and off for a few years now. I'd probably say my expertise level ... I want to say I'm probably just under an expert, right? I don't use it day in and day out. I go in and I do the stuff that I need to do it with. I would say an intermediate user from an experience level. I've been using it since they came out with the program. A few years at least. I don't remember exactly when they came out with the program. I kept trying to get one of their scooters at VMworld!

So I learned about Ravello initially, even before they came up with the vExpert program, at VMworld, somewhere between 2012 and 2014. They were out at VMworld, and I probably learned about them because they gave someone a scooter, and I was like, oh what's this Ravello? And then I was interested in learning about the platform, I was like “oh, this is actually pretty cool.” They were allowing you to run the VMWare environment completely remotely. So I thought that was pretty interesting.

I've been using VMWare for 8 years. I was studying for certifications and it kind of goes along the lines of I was looking for new computers to learn Linux and a couple other things and I thought I had to have a physical box for each of these, and someone had said, hey have you checked out VMWare Workstation? And I was like, “what's that?” From there I downloaded it, and then I started running some virtual machines and then I got an email saying that I should join my fellow VMWare peers at the New England VMUG, which is now called VTUG.

I went to this user group in January of 2010 at Gillette Stadium and they started talking about VSX and ESXi. I was like, hold on, what is this? Then the rest is history as far as me getting involved in the community and playing around with and installing my first VMWare environment. Going out to VMworld 2010 as well for the first time. That was just like wow! Then you start to see the community, and you meet the community and ... I think really to me that's what drives me more towards the VMWare technologies, is how awesome the community is.