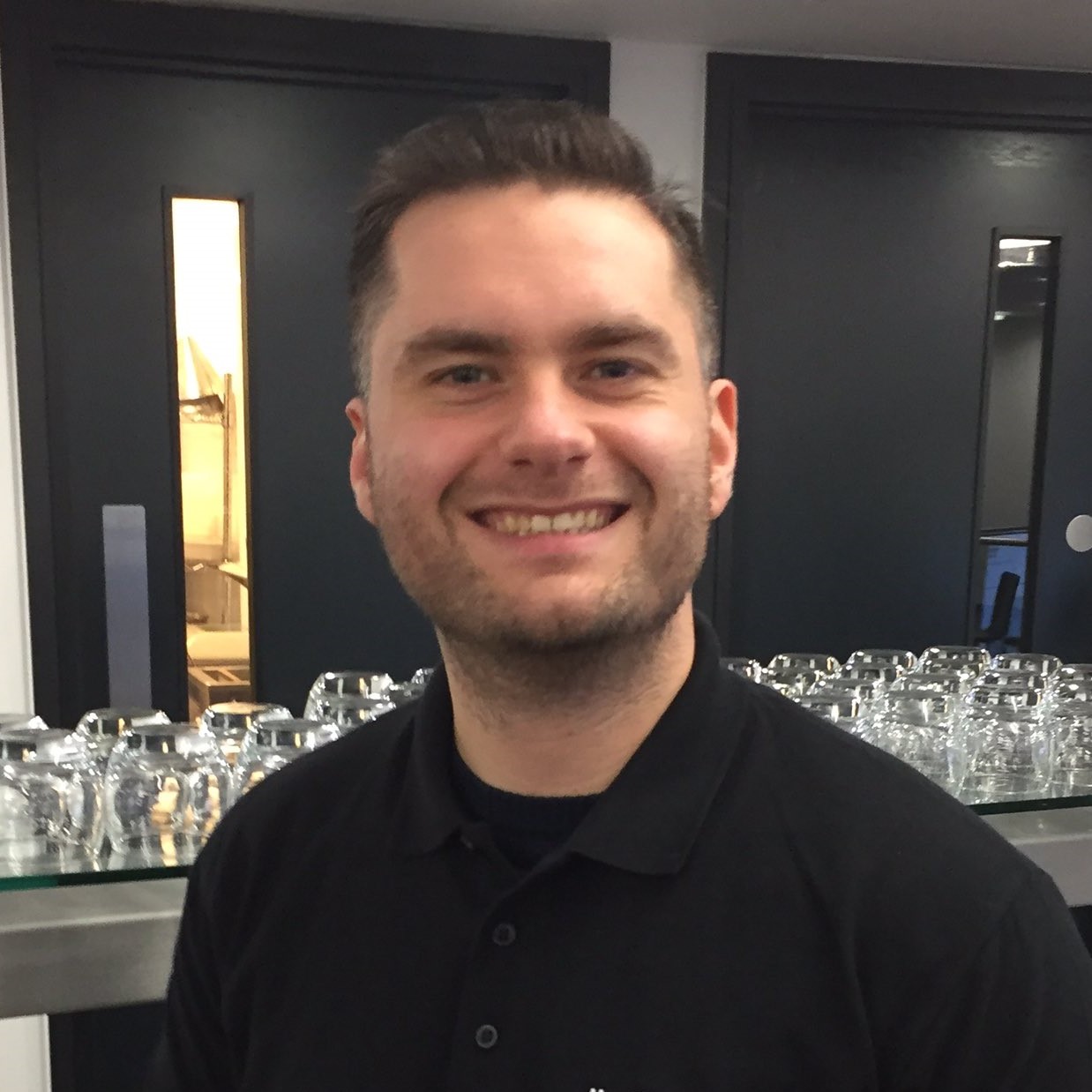 I have been in the IT industry in general for about fifteen years now. I moved for my first job in the south of England, so it was a complete, huge change for me. I uprooted myself and had no friends or anything like that. So that was quite challenging. I spent a few years as general IT administrator and then got into Defense, so I moved to a defense company that was building out things like tanks and all that kind of stuff. It sounds cool, and defense is interesting, but if you work in IT it's just more IT, so ...The companies do cool things, but generally you don't get to see anything. While there I got DV clearance, which is the highest security clearance you can get and that kind of opened quite a few doors. Because at the same time, around 2007 VMWare was just starting to take off.  It was just a fluke of thing that I ended up with a DV clearance and a VMWare certification. To my knowledge I was one of the first VMWare certified security clearance guys in the U.K. at the time, so I took the opportunity to go contracting. So I went contracting for two or three years after that, going to numerous different defense companies. That's what kind of launched my career from being a kind of a standard administrator type role to taking on designing architectures, building out new infrastructures for companies. Getting more involved with different things from a VMWare perspective. So I got more involved in VDI type opportunities and instead of just the standard VMWare things. It really kind of grew from there really and then the financial crush happened and that changed things quite significantly. I then moved from being in defense to going back into financial services.

So I'm back, still contracting but back into working for banks. Then it changed tack completely, and went to work for a channel partner. So we were designing things, got kind of like the contracting world. You went to different places all the time, but the insecurity of that and I met my wife and we'd had kids and stuff. So I wanted a bit more security, so I wanted to go back to the permanent things, I went to it. A channel partner is a pre-sales/engineer. That got me more involved in different customers, going out and seeing different people all the time, so it was still quite exciting.

Eventually I moved into pre-sales and did quite well at VCE Group, grew that company, I think I was employee number 15 or something when I joined that.  Then it grew to be this billion dollar company that bought back in by AMC, and then bought by Dell. So that's when Oracle came knocking at the door.

There a few different things I'm kind of into. At the moment I'm quite excited by all of the thin tech companies that are out at the moment, the app companies. I definitely like the whole home, the smart home kind of thing. So I've got three Alexis dots in my house. All my bulbs are Phillip tube bulbs, everything's all automated. I kind of do a little bit of recording on some of those things, written my own Alexis skills.

(Assume at work but I think we’re open to anything.)

So one problem, as a vendor, the answer should never be the users, but it generally is the users. That is generally. Then definitely DNS, that seems to be a pain in the butt, no matter what you do. Then network and then storage.

Tell my kids I love them.

My dad, my father and it was that life is much like a game in that you can be civil, you play by the rules, but ultimately certain that everyone else is trying to win themselves. And to be cautious that you need to clear the game within the rules, but you need to be thinking about how you can win the game as well. So it was more about how to be nice and pleasant, but also be out for yourself a little bit as well.

Make my life easier, yeah well on the other side of it yeah. By introducing simplicity to what are traditionally complex challenges, so not having to re-architect your environment.

I only learned of Ravello through the vExpert community, funny enough. So I've never heard of them until the offered their free, the thousand free credits month to month. I'd never heard of them before that until they did that. I think I probably came across Ravello about 3 or 4 years ago before I joined Oracle. But I used it sparingly until I joined the team over 6 months ago.

I was trying to figure out when I first got certified, but it was ... it must have been about 2005, so 13 years using VMWare.