Modify aspects of tables of forms with Validation Rules

Our client want us to make a table with the forms that validates a rule called "Eliminations" around some accounts yada-yada. The point is the next.

What eliminations does is that, a countable movement has thier counter part as income and expenditure between companies of the social reason. What im saying is that if a income comes to an movement in entities therefore it has to be a expenditure in Intercompanies with the same amount but with sign (Negatives and Positives) and viceversa, while we are dealing with that and are almost done, it comes that the client wants to make the table to show which movements are "in the same line", or in other words, which ones are their counter parts.

She wants that the table either make the columns and rows goes in other colour so is easier to identify what are the pairs, by comparing the "Intercompany" and "Entity" since they are basically the same but with a different prefix since these are counterpart. Also she wants the table to show the numbers green if the amount its exactly the same in these movements or red if is not.

Im almost sure that this kind of rule is too complex to a validation rule but, I want to confirm if something like this is possible. Also, in case that, in fact, is not possible, we can do something like that in Excel via a macros.

Thanks, I leave a example of our table to make things more clear. 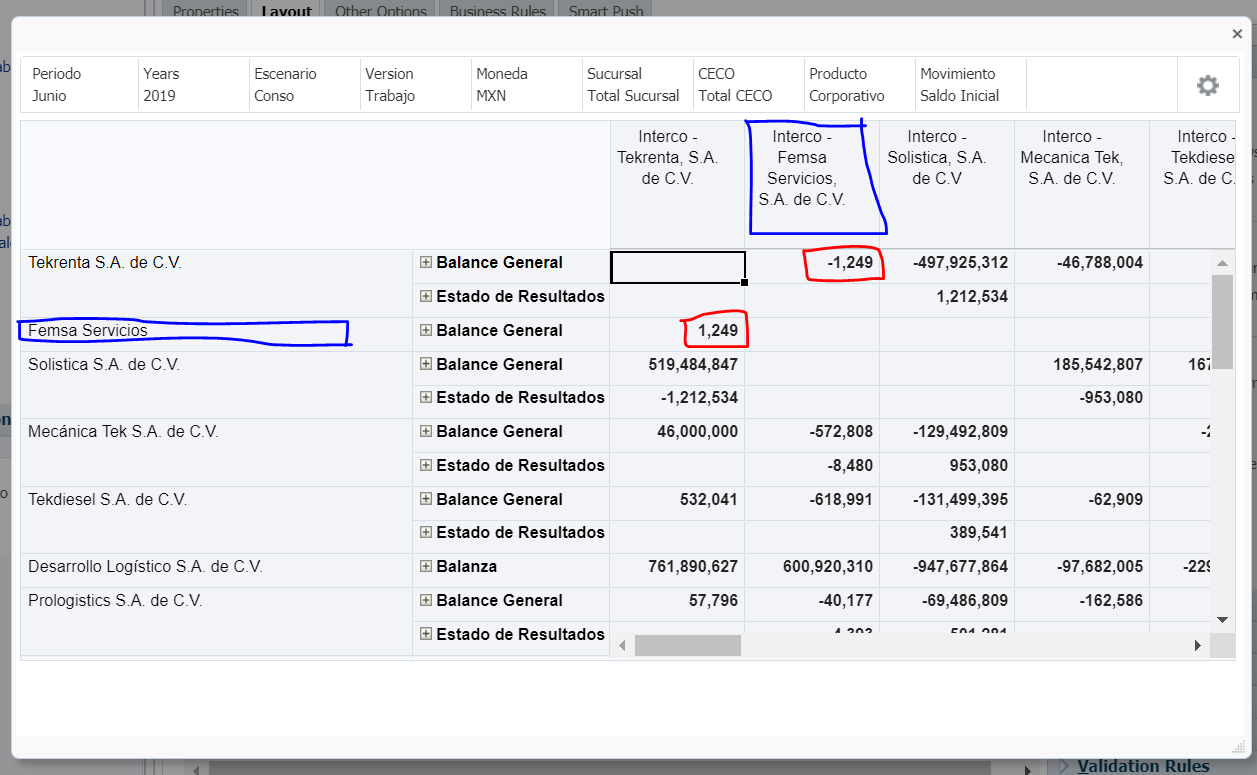