Naming convention for CDBs and PDBs

I work for an MNC bank. And all our new DBs will be using multitenant. Well, we are forced to do that

So, I am thinking of naming our CDBs and PDBs like below

For example if the business Division name is FRM and application is TSM and if it is a production DB , and if it is 23rd CDB for this division,  I will name it like

What do you guys think of this naming convention ? Is it horrible ? Any comments ? 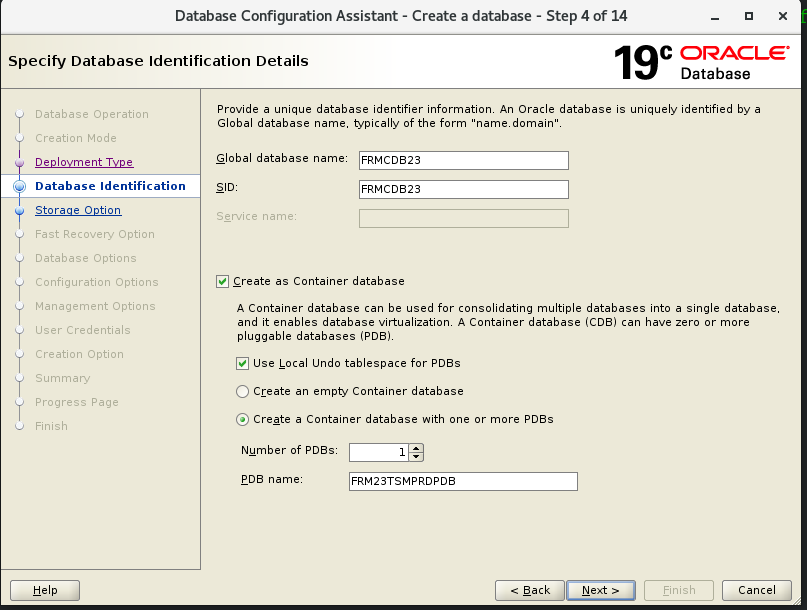