In join syntax, we have an option to compare columns with the same name

This is useful because they tend to contain the same data.

I know code can be generated, but Oracle already has the better invalidation mechanisms, and we don't want to generate the code on every call.

Problem 1 : Copy records from table t to t_hist where t_hist has an extra deleted_date column:

Would be the equivalent of

After   from Morten Braeten is fixed, it could be applied to database trigger :new and : old also

Something a little bit more complex than idea from Lukas Eder : 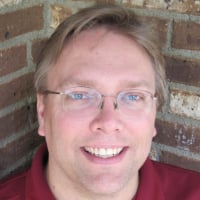