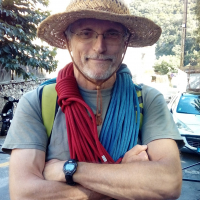 I have a couple of Oracle servers running nicely as KVM hypervisors.

One thing that's nagging me is doing backups. Virtual machines are stored as QCOW images in /var/lib/libvirt/images. These can get quite huge over time, and sending them to a remote server can take up quite some bandwidth.

I just spent a week fiddling around with Proxmox Virtual Environment (hypervisor) and Proxmox Backup Server (the corresponding backup solution). I must say I'm impressed, and what I like especially about it is the effort put into incremental backups and deduplication. One the first backup is made, the subsequent backups only transfer the delta between the actual backup and the last one. A bit like Rsnapshot would do, only for virtual images. I don't know exactly how they did it, but it works great.

The only problem is that Proxmox is based on Debian. I'd rather have a solution that is native to the family of Red Hat Enterprise Linux and clones like Oracle Linux.

Cheers from the sunny South of France,