Variable refreshed in Package but used in Load Plan

This workaround works very well on packages. However, on load plans is a bit more tricky. I have tried to refresh the variable to capture the output on the load plan but it doesn't work because the next step in the load plan is always a new session.

I have then created a very small package with the procedure and the variable to capture the output and it works.

The question now is about the scope of the variable. I guess it needs to be setup to keep history (latest value) and that's the only way to refresh and keep the value (in this scenario we have another limitation because we cannot refresh the variable in parallel, it would overwrite the latest value but this is not a problem for me, I just wanted to mention it).

If we want to evaluate this variable within the load plan, it needs to be declared in the "Variables" tab of the load plan. Does it affect the scope of the variable? Will the load plan be able to use the value from the history? If we refer back to the Oracle documentation.. 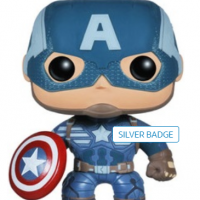