While I appreciated the addition of more Font APEX icons in 21.1—especially the medical ones which could be useful in my current project—this was tinged with disappointment as closer examination revealed a number of problems with the new icons.

I unleashed my inner font geek to comprehensively review the new offerings on a page showing all of the relevant icons at standard and enlarged sizes.

The main issues noted are:

I would consider 1 & 2 to be bugs. The differences between the 21.1 and earlier file icons are very obvious and they look incongruous and uneven when used together. A similar naming convention issue was previously raised for the 5.1 release and subsequently fixed.

3 & 4 are more subjective. I spot things like inconsistent stroke widths because I am obsessive about fonts. Others may neither notice nor care about things like this. However I would think that Oracle and its employees want APEX to look as good as it possibly can, and bug fixes and minor design tweaks can be implemented without affecting the meaning of the icons or their applicability to existing use cases.

The problems that exist in the new file icons are my primary concern. The original Font APEX file icons are crisply designed, with a distinctive and quirky gap on the inner edge of their "dog-ear" corners. I really like them. We are using several of the existing file type icons in our current project, and specific CSV and prescription file icons would be welcome additions. However the new icon's inconsistencies in proportion and design are too obvious at fa-2x sizes to allow them to be used.

The problems can be seen by comparing the earlier fa-file-excel-o icon with the new fa-file-csv one:

Generally, the issues with the new file icons are:

In case it isn't obvious: I am advocating that the new 21.1 file icons be revised to match the appearance of those provided in previous versions, not the other way round.

With respect to the lettering style I don't really care which is used (I think I actually prefer the new one—with the exception of the too-wide "N"), as long as it is consistent.

Looking at each of the new icons (view examples):

The rest of the new APEX 21.1 icons exhibit fewer generic issues (with the exception of the alarm clock series).

Thanks @Hilary Farrell-Oracle, @ShakeebRahman-Oracle, and the rest of the Oracle APEX team for the comprehensive resolution of these issues in APEX 21.2.

Thank you for the very comprehensive write-up. I'll forward this thread to the relevant team member, who can hopefully address the points you've raised. Consistency & quality are key, so we'll endeavour to address this for a future release of APEX. I'll update this thread with any follow-up responses from the team.

If you're experiencing issues with input fields in your APEX application, this is a Google Chrome bug that was introduced by a recent Chrome update.

It is not an Oracle APEX issue, so please try this quick workaround by @Tim Kimberl-Oracle to your CSS:

You can add this CSS code to Custom CSS. When running the app, navigate to Developer Toolbar: Customize -> Theme Roller. 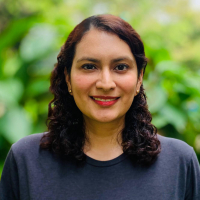 Re: Text in fields disappeared/became invisible when page item in focus/clicked on.

If you try adding ":focus" onto the end of each item in the list - it should take effect when the item receives the focus

Text in fields disappeared/became invisible when page item in focus/clicked on.

This issue only happened a week or so ago and only on Modal windows. Upon clicking on a field (e.g. text field or select list), the text becomes invisible. For text fields, you cannot see what you are typing but upon losing focus of the field, the text becomes visible.

This is not happened in Normal Windows, only Modal.

This seems to happen after upgrading to Chrome v94 but cannot be sure if that is the cause.

It is also not happening on all machines with the same version of Chrome. Also, it does not happen on Firefox and IE/MS Edge.

Have anyone encountered this?

Significant change for the licensing - it's moved to the the Oracle Free Use Terms and Conditions license. Like SQLcl, you can now download this without registering an account or clicking through an EULA. It also means you can always find the latest version of it using the ords-latest link.