I have a report where I try to show images horizontally centered in their surrounding frame.

For this I created an image-item inside the frame (a repeating-frame, because the images are fetched from the DB), manually centered it inside the frame, attached it with an anchor to its surrounding frame, and set its horizontal elasticity to "contract" (vertical elasticity is set to "fixed"). This is actually the preferred method for doing this and a few threads in this forum recommend it.

What I got in the resulting PDF was a corrupted image under certain circumstances.

To narrow this down I created three different images (width*height)

loaded them into the DB, and tried to run the PDF. You can see the result in the following screenshot: 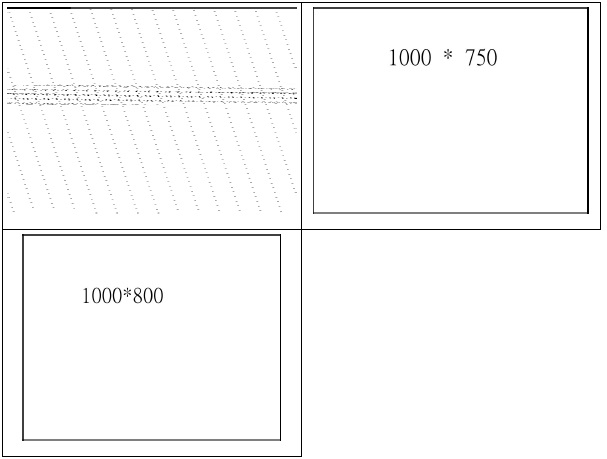 When I set the horizontal elasticity to "fixed", the image is not corrupted (this is not a solution since the image gets left-aligned then).

Setting the OUTPUTIMAGEFORMAT to something different than the default (JPEG) didn't change anything.

Interestingly enough the Foxit PDF-Reader shows it correctly, while both AdobeReader X and XI and even Inkscape show the image corrupted (not only on my PC).

We tried this with several images/photos, and the only ones being shown correctly seem to be images with an aspect-ratio of 4:3 or higher. I was not able to pinpoint exactly at which ratio this behaviour manifests itself.

Anyone got an idea what may have caused this?