Hi everyone! Newbie/noon in the house warning/alert

I am installing Java SDK (installed, not a problem).

I have installed Eclipse as well (installed, not a problem)

Problem is when I get to the "Environment Variables" and set the PATH variable.  In a nutshell, I am getting a different window then what the directions show/say.

Here are all of the steps I am trying to complete: http://java-buddy.blogspot.com/2015/08/install-jdk-8-on-windows-10-and-set-path.html#comment-form

And on the last steps, when I have clicked through to System Properties> Environment Variables box> 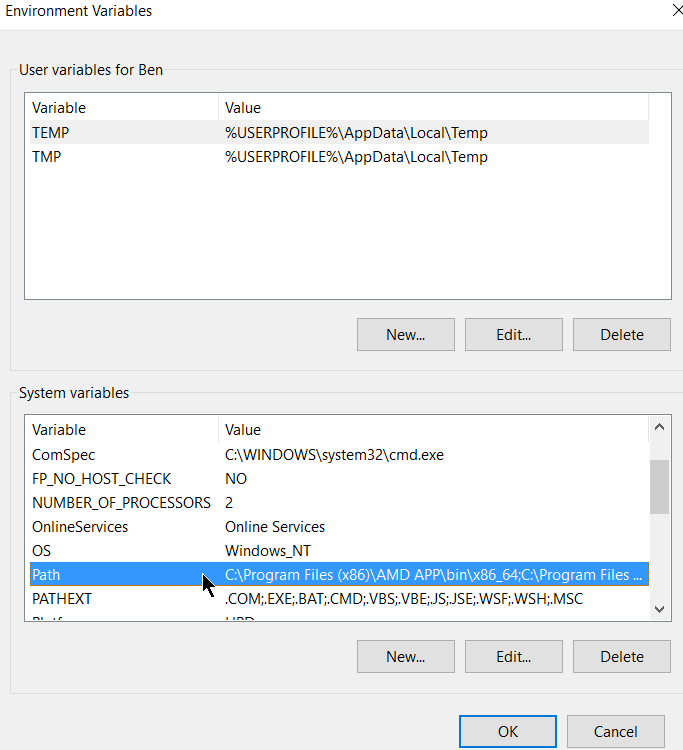 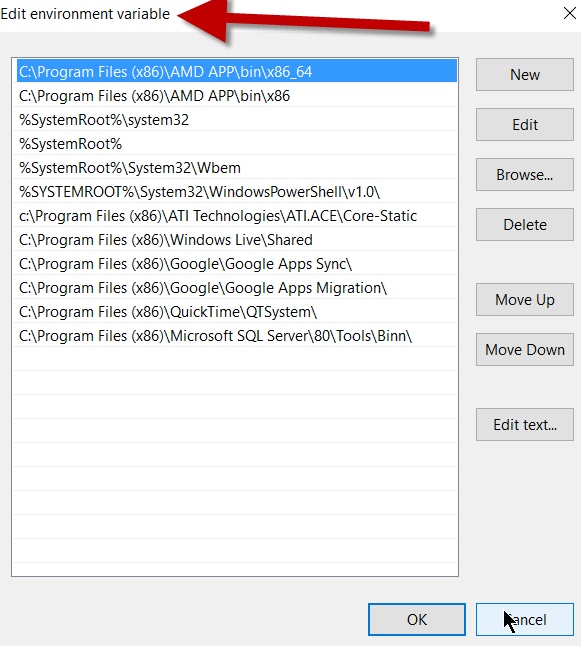 It should open a 2 line window "Edit System Variable" and have 2 lines....Variable Name & Variable Value.

++Note++ This is a screen shot of what should open, not what happens for me.

Again I am getting the same behavior from installing on my laptop and my desktop.

When I run the command line prompt "java" (no quotes), it runs fine

When I run the command line prompt "java -version" (no quotes), I get these 3 lines returned:

When I run the command line prompt "javac" (no quotes),

Thanks for your time and expertise to a