My data warehouse has a 5TB interval-list partitioned table with over 350 columns. Full partition scans of the table are becoming increasingly costly, due to the time spent performing single-block sequential reads, presumably to fetch the chained rows. I know that the number of columns in the table (>255) is usually the cause of chained rows. However, changing the structure of the table is not an option at this point.

I tried to recreate the chained rows by copying data to a new table as follows :

What other factors might affect the number of chained rows in T1? 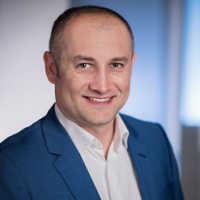