Parts of a Whole: Visualizations for Percentage Data Sets

Continuing the theme of introducing the JET data visualizations, this post describes several options for displaying percentage data sets, along with best practices for each. We'll be using a data set from https://analytics.usa.gov/ describing browser usage by visitors to US executive branch government domains on November 9th, 2015. If you haven't visited that site, I strongly recommend it as it successfully shows visitor data across several dimensions (time of day, location, browser, top pages visited) without being overwhelming or confusing.

The Basics: Pie, Donut, and Treemap

For non-hierarchical data, any of these components can be a good choice. Some guidelines for choosing which to use:

Note: Sunburst can also be also be used in place of donut or pie, but it is optimized for hierarchical data. 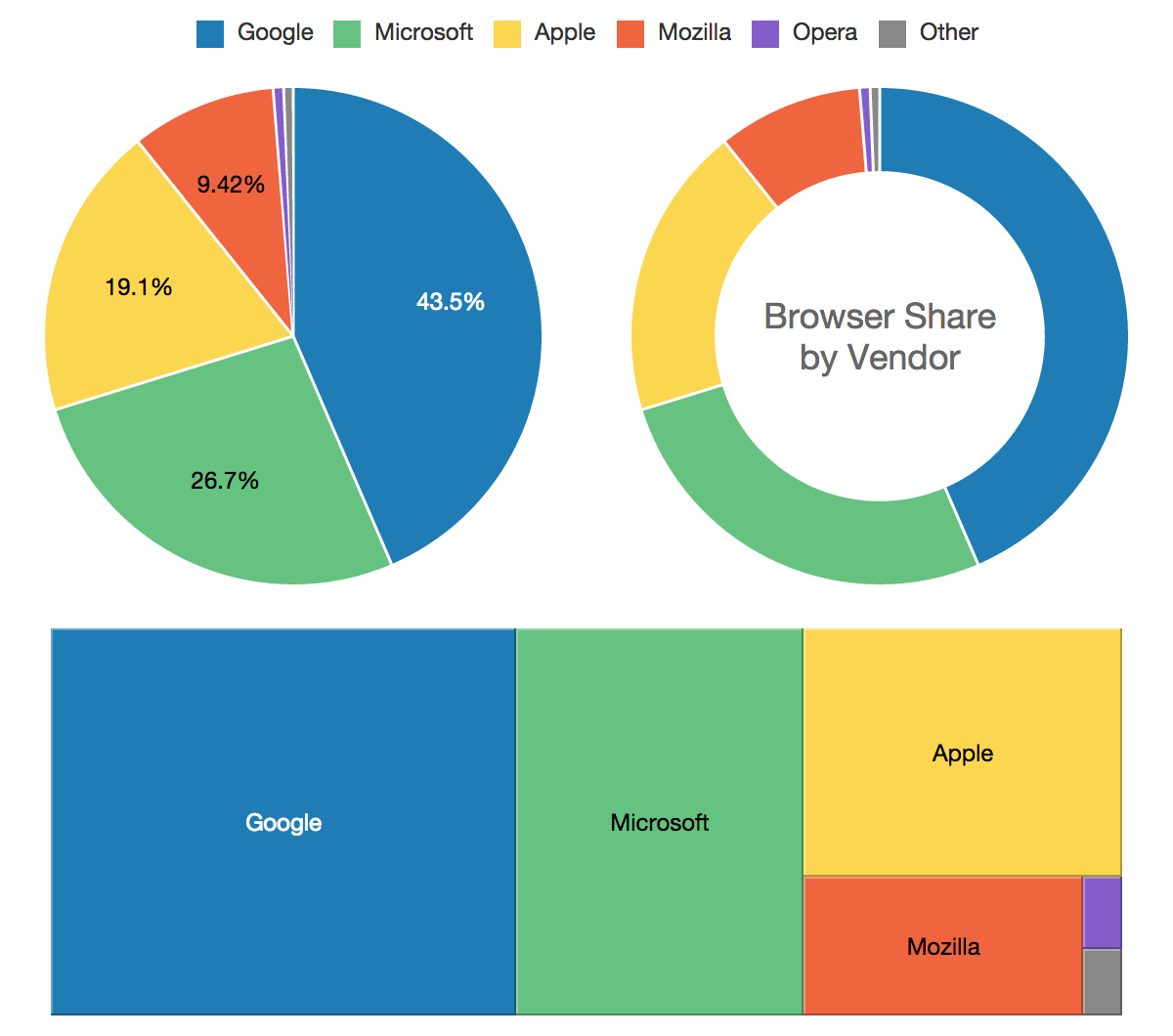 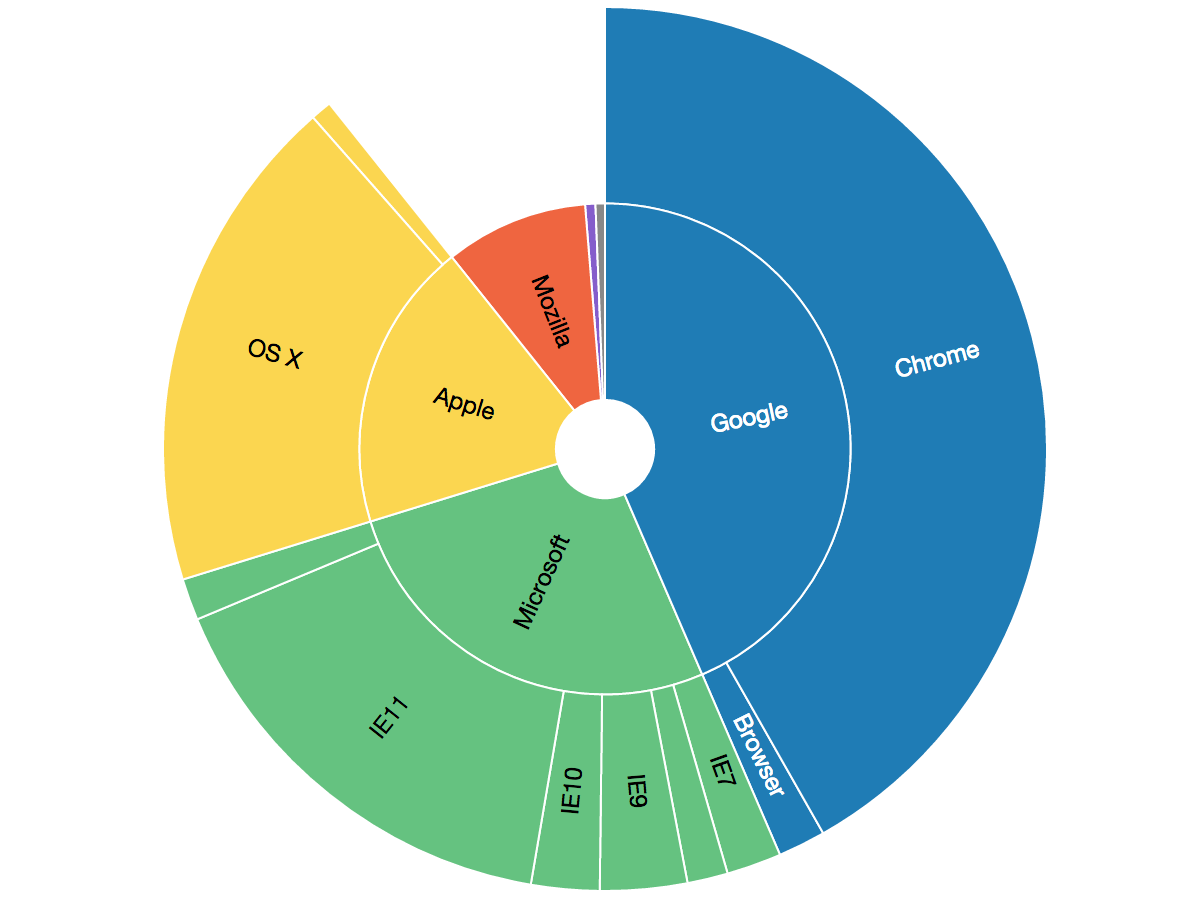 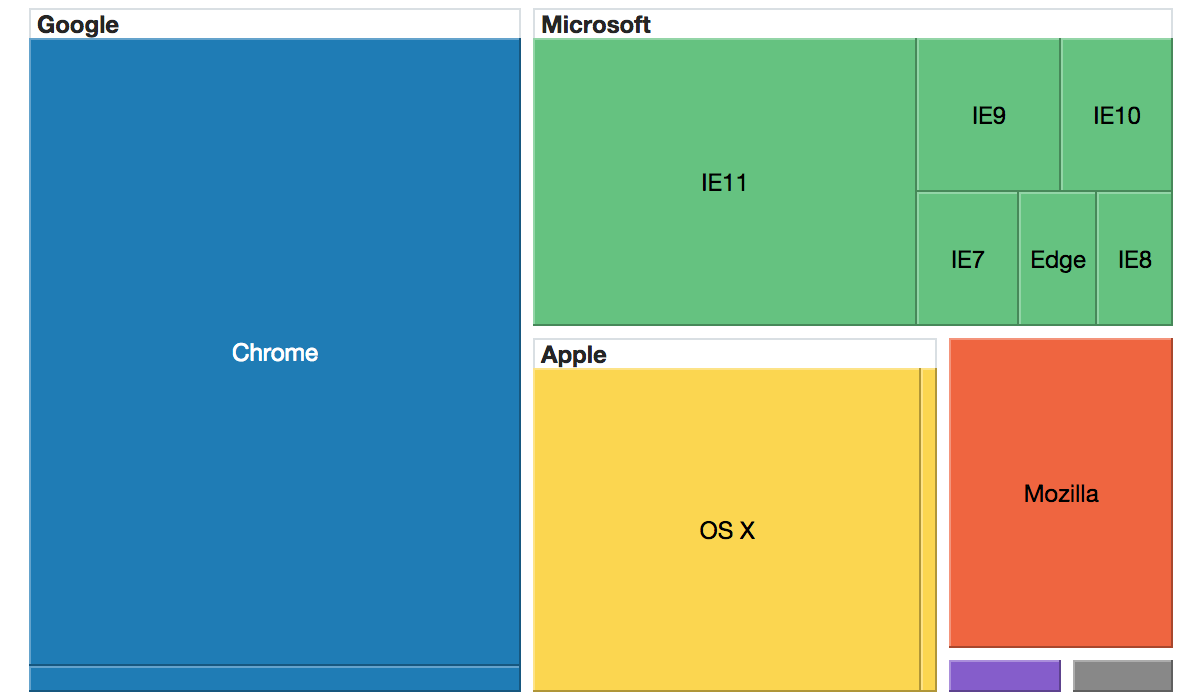 If the data represents stages in a process, and especially if the population decreases for subsequent stages, then funnel charts are a popular choice. In the example below, I've used different colors so that it's obvious that the funnel is showing different data than the rest of the page.

Note: It's important to be aware that understanding relative or even absolute size is much harder on a funnel than on other visualizations. Consider using a bar chart instead.

Treemaps, pies, and donuts can also be used effectively in small form factors, such as in table cells or as mashups on other data visualizations:

How To: For treemap, make sure to set layout to sliceAndDiceHorizontal and the div style to border: none to get the above. For the charts, simply set the size in the div style.