Formed in 2014, Oracle Developer Advocates is a team of expert and entertaining Oracle technologists with the following mission: help our users fully leverage the application development features of Oracle Database to build secure, fast and maintainable applications. Too many people think of databases as simple "bit buckets", good for little more than reading and writing rows of data, with all the interesting and important work done in the application layer. That might be true for some databases, but the Oracle Database is packed full of features that can greatly simplify application development, while at the same time providing better performance. These features include SQL, PL/SQL, edition-based redefinition, Oracle Text, Oracle Spatial, Oracle REST Data Services, and so much more.

Of course, Oracle Developer Advocates are not the only people inside and outside of Oracle to take on this mission. We plan to complement existing efforts by focusing on the creation of high quality multimedia resources, including videos, podcasts, MOOCs and more, that will more effectively transfer knowledge and reach the next generation of developers, who grew up on YouTube, Twitter, Facebook and LinkedIn.

If you need help on any aspect of Oracle Database - even something the team is not expert in - don't hesitate to get in touch with any of us (Steven's email is right there...click on it!), and we will make sure the right person gets your question.

Steven Feuerstein is an expert on the Oracle PL/SQL language, having written ten books on PL/SQL, including Oracle PL/SQL Programming and Oracle PL/SQL Best Practices (all published by O'Reilly Media). Steven has been developing software since 1980, spent five years with Oracle back in the "old days" (1987-1992), and was PL/SQL Evangelist for Quest Software (and then Dell) from January 2001 to February 2014 - at which point he returned joyfully to Oracle Corporation. He was one of the original Oracle ACE Directors and writes regularly for Oracle Magazine, which named him the PL/SQL Developer of the Year in both 2002 and 2006. He is also the first recipient of ODTUG's Lifetime Achievement Award (2009).

Connor McDonald has, over the past 18 years, worked with Oracle Database systems in Australia, the UK, Southeast Asia, Europe, and the United States. He's co-authored 3 books, and is a popular speaker at Oracle conferences around the world, specializing in topics on the database engine, in particular SQL and PL/SQL. He has twice won the Inspirational Speaker award by the UK Oracle User Group.  Whether speaking in a full day seminar to a room of developers, or just a "Hey, check out this cool feature" to the person sitting next to him, Connor has always loved sharing information about technology with others.  He and Chris Saxon now form the Ask Tom Answer Team. 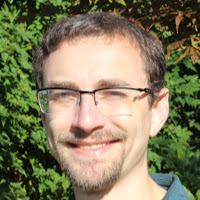 Over the past ten years Chris has worked as an Oracle developer, DBA and architect. During this time he's built up a passion for interacting with data using SQL and helping others do the same. Combining this with a love of games and quizzes, Chris started the Database Design quiz on the PL/SQL Challenge in 2013. He's looking forward to helping spread the word about SQL so that people get the most out of their data. He and Connor McDonald now form the backbone of the Ask Tom Answer Team, with Oracle Database product managers and developers also pitching in around their areas of expertise.