Some of our articles have code formatting issues. It's going to take us a while to fix those issues. In the meantime, you can request access to edit your article by adding a thread . I will grant you edit rights.

Here are the steps to follow to fix the code: 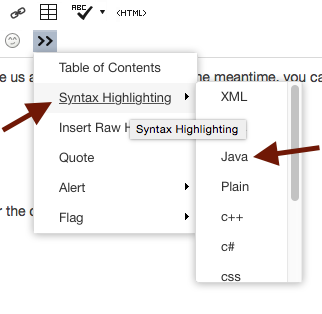