Celebrating 20 years of Java in India

As the world celebrates 20 years of Java this year, part of the Indian Java community joined in the revelry with all gusto in the Oracle campus in Hyderabad on June 13. Oracle’s Java experts, Sanket Atal, Group VP – Product Development, Oracle India with his Java team leads, Muralidhar Rao and Sreekant Narayanan  and bloggers commemorated the landmark year by coming together over a weekend to talk about Java, its evolution and its future. Before you think that it was a lot about only nerdy conversations, let us tell you that we had a great time discussing ideas and also had some guests. Harshad Oak, one of India’s former Java Champions excited the audience with his experiences of working on Java and another guest visitor – the super-awesome Bot-So robot got everyone’s attention. The star attraction of the gathering, Bot-So, is a social-media friendly robot, developed by a team from Edifixio, a Kolkata-based IT services firm. This team was among the winners of the Oracle IoT Developer Challenge 2014. Bot-So is a social robot which takes instructions via Twitter to communicate to a user and update the user regarding security readiness of a particular site, in video and text form – using Java. Bot-So was cheered by all participants, especially at the time of the demo, when it was turned on to obey commands and follow instructions. And of course, there were some selfies clicked too.

The fun quotient was upped by a Java quiz contest. The winner, Varunkumar Nagarajan – a prominent Java blogger, was excited as he received a really cool prize. Everyone posed for the group photo with great enthusiasm and  enjoyed the Java birthday cake. And no, the birthday song was not sung. The Java rap video added to the awesomeness of our event and our bloggers were kind enough to give us some delightful video bytes.

Here is what some of the bloggers had to say: 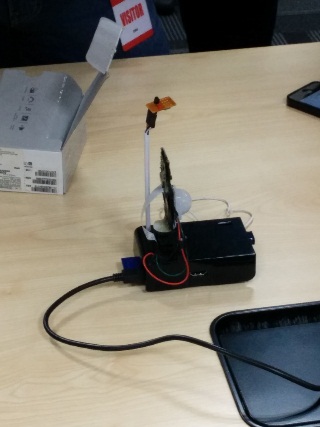 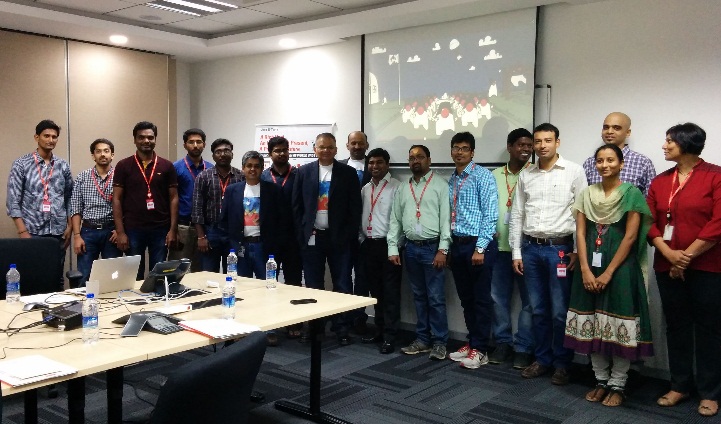 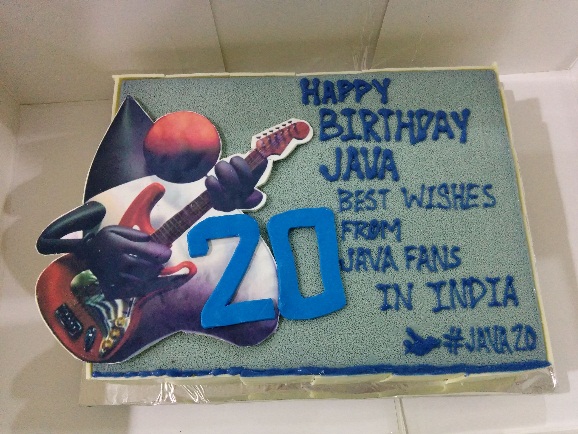 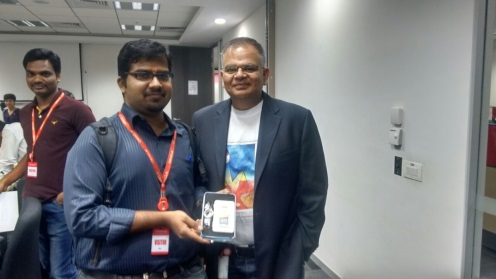