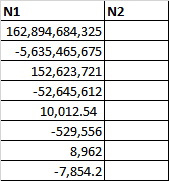 I would like to write a case statement to convert these numbers into: 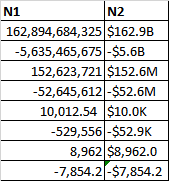 Essentially, the clause for the conversion is: 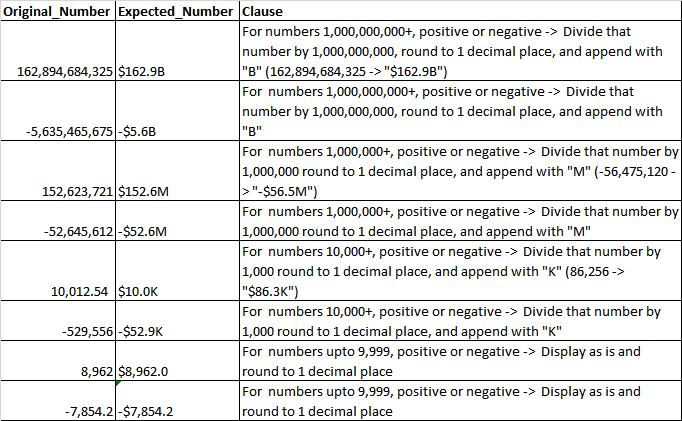 I am getting invalid character error when I try to concatenate a '$' and a 'B' for the number in a case statement. Any help is greatly appreciated.