Could User Reports be made to feel faster?

When using parent/child reports, refresh of the child after selecting a record in the parent is noticeably slow. How slow exactly? More than a full second—I don’t have the exact measure, but I’d say no fewer than 1.2 to 1.5 s. 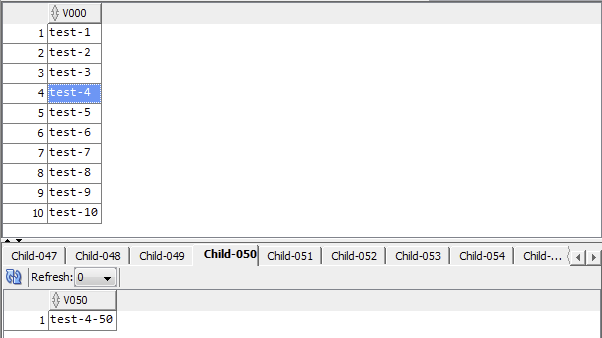 TL/DR: is there a way to tune this, and make it quicker?

[Remark: long post with pictures. Unfortunately, due to Forums limitations I have to split it into this introduction and the subsequent comments. ☹️]