How can I resize a modal window?

I hesitate to ask this question since the last 2 I received nothing but grief about but here it goes.

I have a modal window with an interactive grid region.

Originally the page was created as part of a wizard, but I've set the Wizard region to never display. I'm only mentioning this in case the creation method matters for some reason.

I need to add a field or two above the IG so I need a little more space.

By default it's my understanding Modal windows are 400 x 400.

Here I set the height to 600 but there was no change to the size of the window. 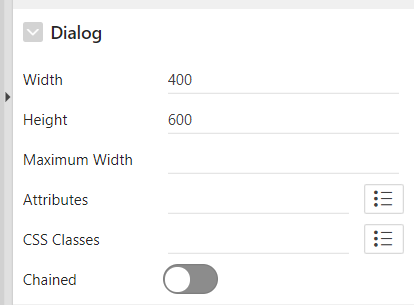