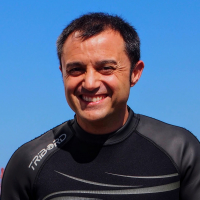 I'm upgrading forms & reports from 11.1.2.1 to 12.2.1.4 and have got some questions about my developer installation. Hope someone can help.

First I tried the forms builder standalone, but as it doesn't include reports builder, I uninstalled and now will try to go with the standard installation.

I see weblogic (local weblogic) is a prerrequisite. In the weblogic download page there are quite some options for 12.2.1.4: generic, slim, quick installer, infrastructure, another generic (with ADR?) ... which one should I install?

Also, there is the RCU database requirement. Do I have to install it local or I can use the 19c database that IT is installing in a development linux server?

Do I need a full database instance only for my development desktop environment? or is it an schema in the database?

one schema per developer or one for all the developer team?

Another bonus question: During the forms builder standalone installation I got a warning about some MS Visual C++ software requirement. I ignored it , as it asks for version 11 and I happen to have 12 already installed, but I'm not sure if this is a good idea or if I should install that version 11.