Today I tried to install the Oracle Database Examples 21c.

I downloaded Oracle Database 21c Examples (21.3) for Microsoft Windows x64 (64-bit) from https://www.oracle.com/database/technologies/oracle21c-windows-downloads.html and unzipped it. When I run setup.exe (as administrator on a windows 11 x64 machine) You need to fill in the Oracle Base. That's a point to begin with.. I guess it was C:\Oracle21c. And the place you want your software to go.I opted for c:\Oracle21c\demo.

All good and well, but when I press the Next button I get the error: [INS-52001] Oracle Database Examples can only be installed into an existing Oracle Database Home of version 21.0.0.0.0. 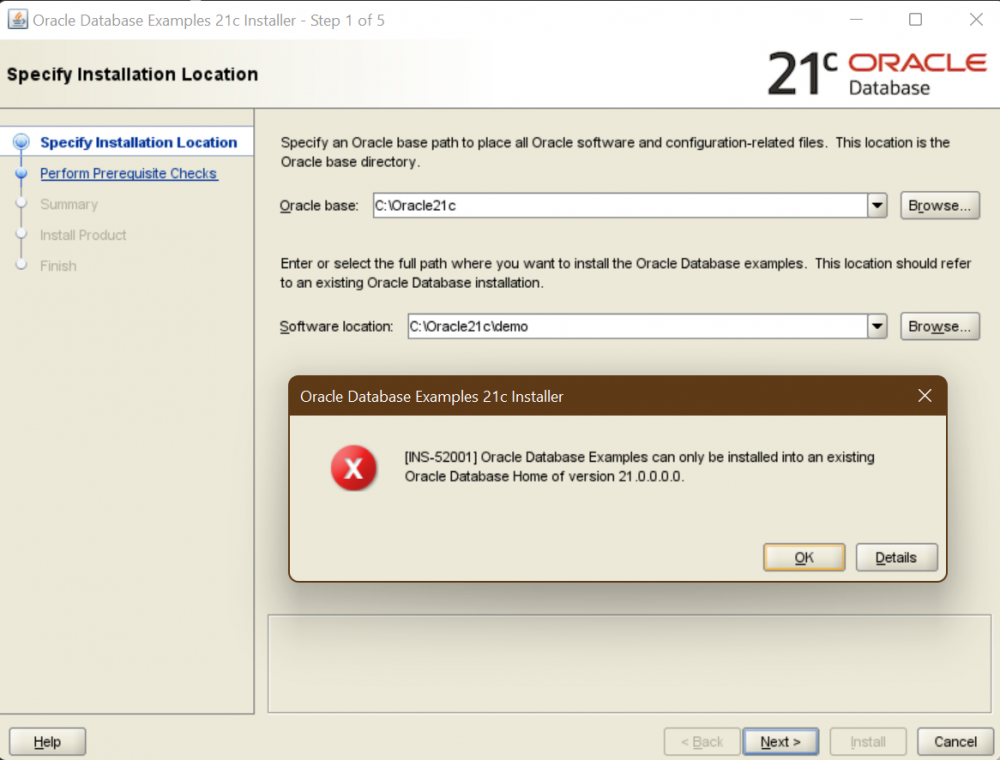 Any help would be greatly appreciated.