I'm using the glossary abbreviations to generate column names when engineering to the relational model. SDDM (21.4.1) correctly substitutes the abbreviated names from the glossary file, however, it does not replace all space characters with the underscore. I can create a script to replace the spaces in the column names. Has anyone has encountered this issue? Is this a bug? 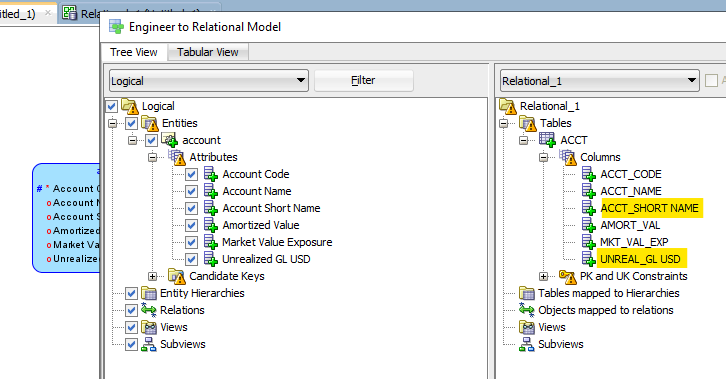