Define "hidden columns" in the docs 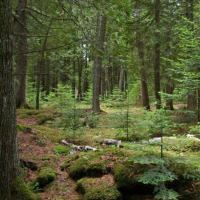 As far as I can tell, the Oracle docs don't define "hidden columns" as well as they could.

Difference between hidden and invisible columns?

The documentation refers to "hidden" columns in many places, but it does not appear to define the concept.

Could the docs be improved so that they clearly define hidden columns, and explain what the difference is between hidden columns and invisible columns?