What's the Right work of carriage return in java? 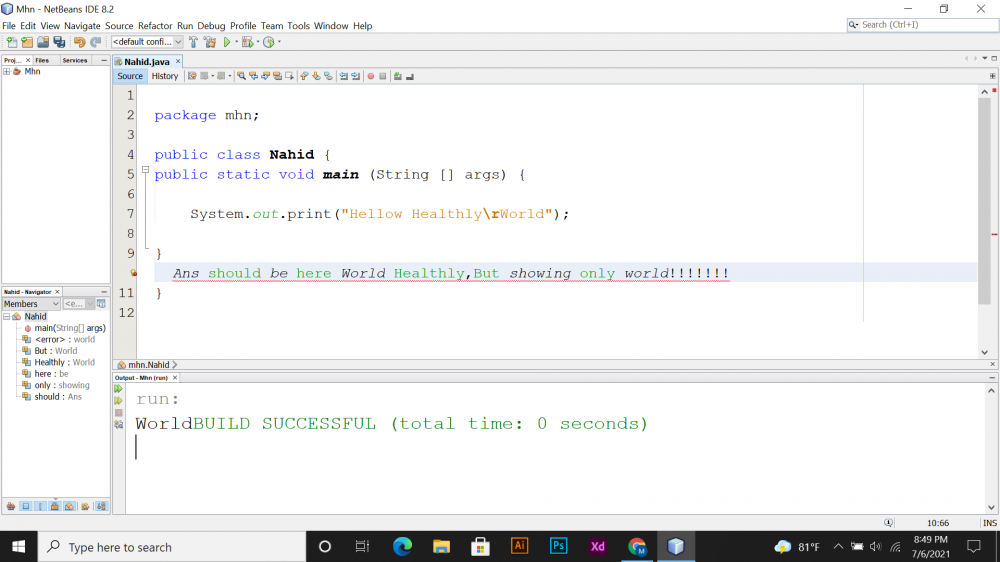 I having this problem when I use \r carriage return? Is anyone  can help me to find out where the problem is? I am beginner e.g I am learning java. I would be very greatful If anyone help me!!