Two good things happened recently - we now have fixed width font for code blocks, and it seems it's possible to edit old message more easily (no need to stare at HTML code).

We mentioned the following issue several times in the past. Background: On the old platform, there were several limitations and bugs in the "format-as-code" feature, so many of us posted code formatted not "as code" but "as quote".

In the transition to the new platform, old "quote" blocks appear in a single, very long line of text; unreadable. However, if we try to Edit such an old post, the old code appears almost** perfectly (almost as it was intended).

How can we have the quote blocks displayed the way they now appear only in the Edit view? I show two images below to illustrate what we see and what we SHOULD see.

In the Editing view, I tried to select the code block and mark it as "code" (using the formatting tools at the top of the page) but that seemed to have no effect.

** "Almost" perfectly: The code would look EXACTLY as intended (as originally posted on the old platform), if the paragraph was single-spaced. I don't understand at all why double-spaced paragraphs would ever be needed on a site like this - even in a quoted block (and certainly in code!)

Pictures below... I may post this request as a suggestion (for voting) but I would first give it a few days to see the best ideas others may contribute to this.

What it should look like (this is seen when trying to EDIT the post - but this format can't be saved). Not sure what's with the black horizontal bar; ignore it, it wasn't there in the Editing view. 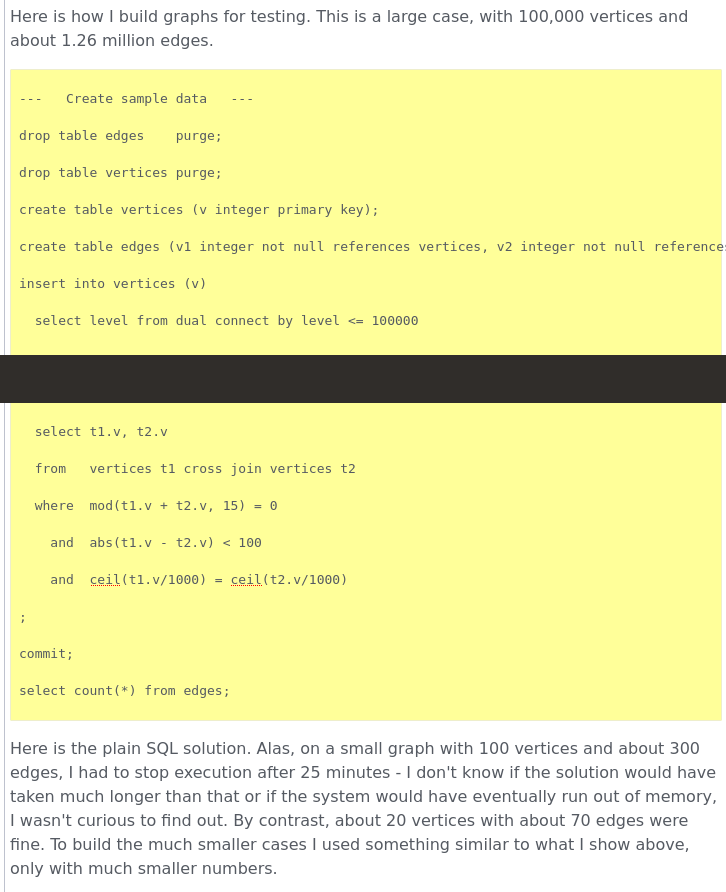