When it comes to canvassing, is bigger always better?

What I don’t like is the upfront effort that big canvasses often require. Between creation, reviews and approvals, let’s face it: more than often, a bigger, more complex canvas means (and needs) more eyes. But all that extra upfront effort often results in equally big payoffs - and not just for the person responsible for maintaining it.

When I joined our small-but-mighty automation team, I came armed with big ideas—and most of them included bigger canvasses. Upon surveying the lead nurturing land, I found that there were 80+ ongoing campaigns across five stages of the funnel. Each of these 80+ campaigns contained a few outdated emails with equally outdated engagement metrics—these former top-performers had open and clickthrough rates that were no longer meeting, let alone exceeding, industry or company averages.

The greater impetus for change, however, wasn’t the campaign performance but the campaign maintenance—in addition to these 80+ nurtures, there were new campaigns that needed built, and those too would need maintained. Keeping up with them and keeping them relevant was too much for one person in a 40-hour workweek, and I was determined to find a way to make our marketing work harder and smarter.

If I’m being honest, part of my reasoning was completely selfish – if I had fewer campaigns to maintain, I’d have more hours back in my day to continue managing my other operations projects and finally complete my Luminary certification. But mostly, I wanted to take on the arduous and often annoying task of auditing the campaigns to make them more impactful for the business, and, ultimately, the company’s bottom line. 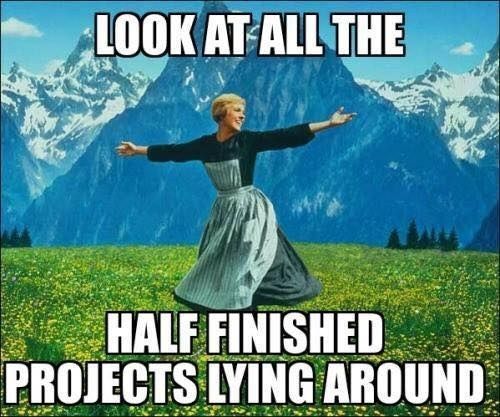 Over the course of six months, I worked alongside our marketing teams to identify key campaigns, audit the content within and align it to the buyers’ journey, and collapse five funnel stages to two. We did this while also reducing the number of active campaigns by more than 50%. We also leveraged persona-based messaging, personalization, and A/B testing to find even the tiniest of optimizations.

So what did all this mean for our campaigns and our metrics?

Well, the canvasses got bigger, for sure, and that meant more development time upfront. Ultimately, however, these larger canvasses—each of which had more advanced segmentation and decisioning—resulted in a more comprehensive, cohesive and efficient channel for moving prospects through the funnel. It also meant that I had fewer campaigns on which to keep a pulse and thus, fewer campaigns to maintain and continuously update.

The other result wasn’t quite as expected.

One would anticipate that with fewer campaigns in motion, fewer campaign emails would be sent. For us, it was just the opposite. Our recurring feeders pulled in more awareness-level contacts (hint, hint: use page tags and web visits in these early-stage campaigns), then nurtured them to consideration, and on through decision. We delivered four times as many emails – but that wasn’t the only “four” we saw. Again, it would be easy to assume that by delivering more emails, our open and clickthrough rates would tank, but our engagement metrics increased… by four times! If you ever need it, this is proof, once again, that quality is always preferable over quantity.

While nurturing isn’t a “set it and forget it” activity, it also isn’t a one-size-fits-all approach. As much as I prefer a big, connected canvas over several smaller, shorter campaigns, big and complex isn’t always needed, and there’s no legitimate reason to overcomplicate nurturing or your canvas.

The best nurture canvas—big or small—takes into account the audience, a targeted message to that audience, and the decisioning needed to qualify (or not) the contacts within the campaign so that we can help deliver prospects who are ready to talk to and be actioned upon by sales teams.

What’s your company’s approach to lead nurturing? What optimizations can you be making now that will have long-term positive impacts on your campaign metrics and conversion rates? How big is your canvas?